Phone sex sites have varying rules and policies they expect you to follow, and in fact, can and will suspend your use of their site if you fail to do so.  NiteFlirt is probably the most provencial and restrictive phone sex site on the net.  Other sites allow topless and bottomless from behind photos and 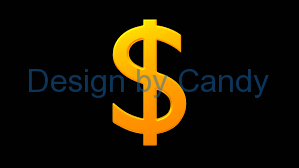 allow Mommy, Daddy and other so called ‘taboo’ terms.

While NiteFlirt has lost about 30% or more of it’s market-share due to these policies; the REAL REASON customers’ have flocked to other sites or left NiteFlirt altogether is the lack of experience with women ‘steering’ calls with customers who want something against it’s terms of service, “flirt policy”.  They end up saying, fuck this, and leaving NF.

MOST CUSTOMERS ON NITEFLIRT HAVE NO IDEA WHAT IS AND ISN’T ALLOWED!

Imagine you’re an aroused man calling an adult phone sex site with your cock in your hand and after FINALLY CHOOSING the person you want to talk to and after you describe your wants to her, she replies with, “that’s not allowed”.  Talk about a stiffy killer! LOL

Most customers have the same fantasy over and over but they just want to share that fantasy with different girls/women who have not heard it already.  He’s more than likely called someone who gave him what he wanted with no censorship.  So, if he calls the next girl and gets the response, “that’s against the rules” he’s going to be angry.

HOW TO STEER CALLS AWAY FROM OR MAKE IT POSSIBLE FOR THE CUSTOMER TO GET WHAT HE WANTS.

Then you can make money on his call and get him back again and again.  I can teach you the keys to steering a call away from that uncomfortable subject matter that your caller wants before he hangs up angry.  I am not saying that every single caller will be cool with you steering him, but EVERYTHING YOU SAY (good or bad) DEPENDS ON HOW YOU SOUND WHEN YOU SAY IT.

Don’t lose your money in phone sex by hiring Totallipservice.org and READING how to make money as a phone sex operator, get 1 on 1 live phone sex training with FlirtWebDesign and Candy.

Make the “mommy, daddy, stepmom, ‘little girl’ shit make you money by steering that caller to do what he wants to his cock while you engage his fantasy WITHOUT BREAKING NITEFLIRT’S ALMOST IMPOSSIBLE RULES.

With my phone sex training and adult web design services you will get the tools you need to start your own phone sex business and make money as a phone sex operator.

error: Do not copy